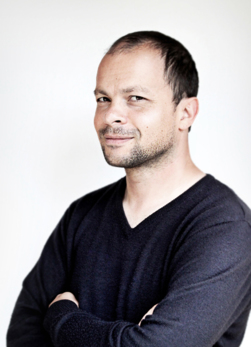 Currently, Juergen focusses his research efforts on theorizing planning conflicts with regard to academic debates of critical and poststructuralist planning theories. He is particularly interested in Georg Simmel’s sociology of conflict and its role for societal transformation. In particular, he develops an approach that allows to categorize conflicts into those conditions that hinder and those that support societal progression and the emergence of constructive conflicts in planning.

His Ph.D. thesis examines the practice of policy making for tall buildings in central London. The focus lies on the management of visual impacts on regionally protected views, including UNESCO World Heritage Sites. Doctoral research was conducted in the Cities Programme, Department of Sociology, at the London School of Economics and Political Science (LSE).

The thesis provides critical conclusions regarding the effectiveness of the practice of tall building planning in London and the implementation of the UK urban renaissance agenda. It is argued that a regional planning politics that focused on providing certainty for the private sector led to an upward spiraling of planning conflict. Heightened levels of uncertainty led to significant elongations of planning processes and financial losses for public as well as private sectors. However, the heightened scrutiny and controversy also led to increased levels of design quality, financial gains for local infrastructure improvements, and it led to important public debates regarding issues of conflicts of interest.

In his pursuit of an M.Arch. at the New Jersey Institute of Technology (NJIT) he extended his architectural approach through in-depth studies of the history and philosophy of modern urbanism and architecture. Design work focused on the aesthetics of sustainable architectural design. He extended these aesthetic studies through an additional focus on the science of sustainable development.

Initially, Juergen pursued studies of architecture at the Fachhochschule Regensburg (now OTH Regensburg). He developed a particular interest in deriving architectural design from a poetic and conceptual approach to urban space. These efforts culminated in an experimental investigation into the relationship between perceptions and public records of historic Regensburg.